The Great Casemate of the

Our thanks to Douglas Johnson, American citizen "US Army Veteran", thanks to whom the names of the soldiers of the 4th US division who died in Crisbecq are again honored every year since 2019 on the site of the fightings of June 1944 . Without the precious information given by Douglas during his first visit in 2017, Crisbecq would most certainly have remained a simple place to visit the landing beaches among many others.

Commemorations of D. Day 2021 : placing of the commemorative plaque dedicated to the soldiers of the 4th ID killed in Crisbecq

77 years after the events, tribute was finally paid to them

at the scene of their fights, on the memorial of the large pillbox of Crisbecq 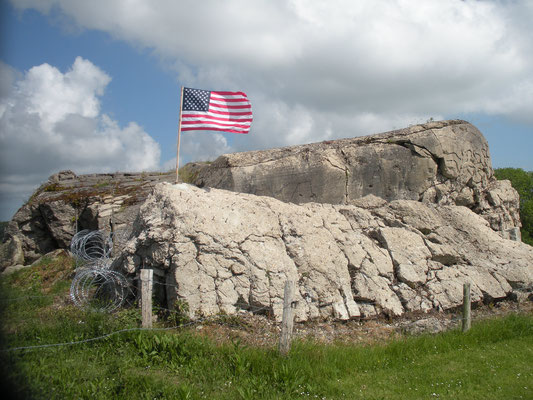 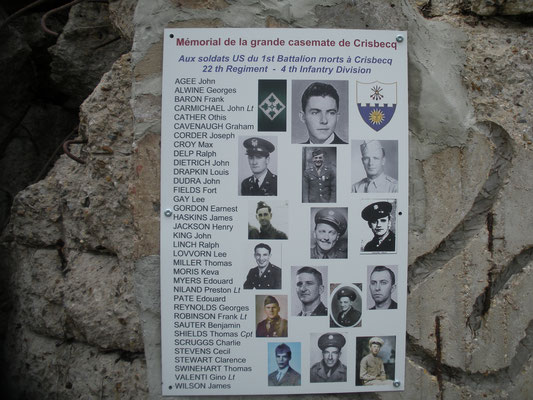 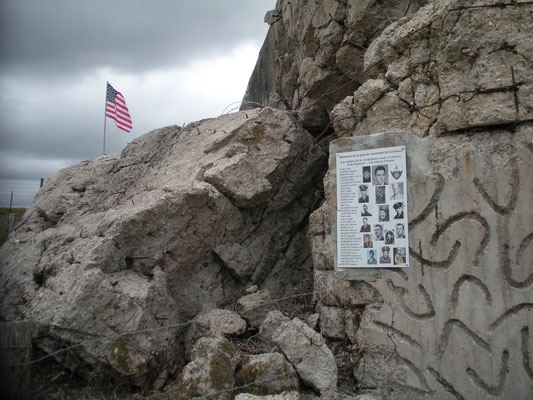 The leaders of Combat Team 22 pictured in the marshalling area just before loading for the assault on D. Day.

Preparations for the landing

Landing on Utah Beach and mouving for Crisbecq from June , 1944

Road map of the Landing on June 6

Road map of the 22nd regiment for the capture of Cherbourg

After 2 days of hard fighting, part of the 1st battalion (companies b and c) gave up attacking Crisbecq from the front and began to bypass the battery from the south by attacking Fontenay.

On June 9 and 10 Crisbecq was to be contained by a force of tank destroyers and infantry and was to be neutralized by division artillery at the time of the attack. The containing force, commanded by Maj. Huston M. Betty, consisted of Company C, 22d Infantry ; Company C, 4th Engineer Combat Battalion; Company C, 899th Tank Destroyer Battalion.

Capt. Thomas Shields of Company A

On June 7, 1st Battalion 22nd Infantry began its first attack against the Crisbecq battery, seizing the village of Saint-Marcouf.

Moving out of the village, the Battalion was stopped by fire from the 75mm guns of Crisbecq.

A German counterattack forced 1st Battalion to pull back. It was during this engagement that Captain Tom Shields was killed.

Shields had assumed command of the "1st Battalion" to replace Lt colonel S.W. Brumby (himself   seriously wounded during the first battles against Crisbecq).

Ordering the Battalion to withdraw from the battlefield, he called in artillery fire upon his own position to cover the withdrawl, then was grievously wounded. .

He was posthumously awarded the Distinguished Service Cross

Capture of the pillbox

This photo was taken when American troops arrived on June 12, 1944

Then came the period of oblivion for 77 years

Photograph of the pillbox when scrap metal dealers arrived on 1947 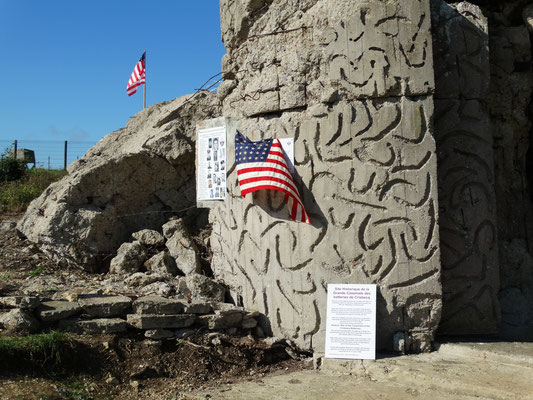 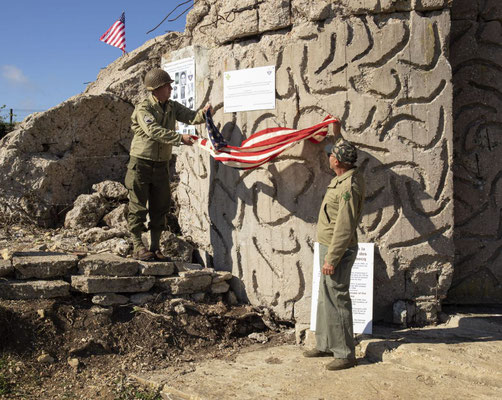 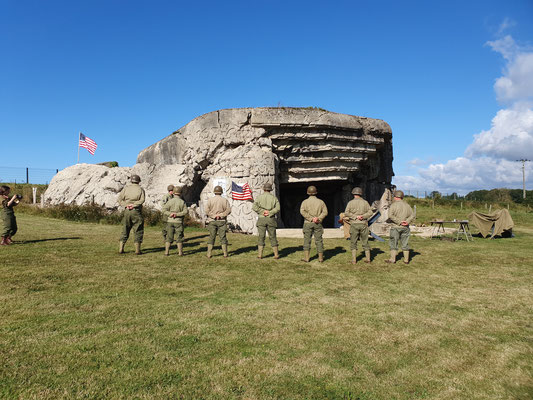 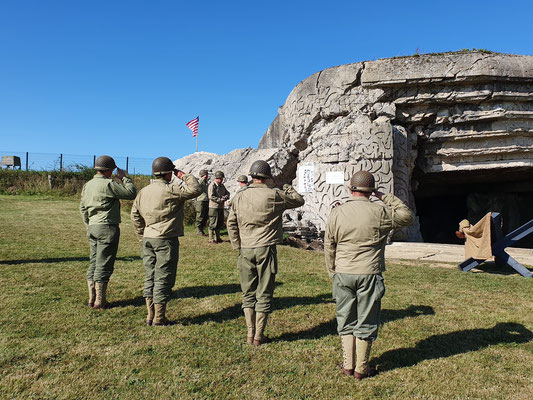 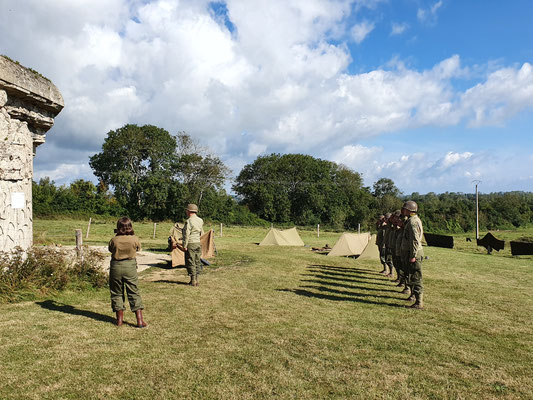 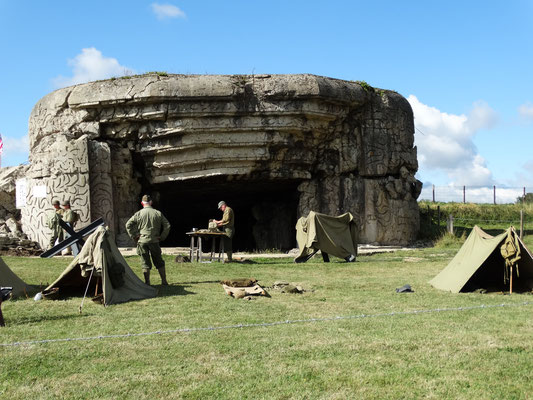 Destruction of the Casemate

Photograph of the pillbox after the accidental explosion of July 7, 1944 which caused the death of 8 American soldiers of the 364 th Engineer General Service Regiment